Oroco Resource Corp (OCO.V) – we got our first double.
We first Wrote about Oroco a couple of months ago and it had doubled in price soon after that. In recent days the company has finally released the very much anticipated results of its 3D Induced Polarization Survey. The stock has pulled back a little bit since the release of the news, but so far it seems that the sell the news scenario will probably be avoided. The market will continue to digest the new information in the coming weeks, and management say that they are very pleased with the results. Caution might be in order at this point because although the results are very promising for the future, it’s not clear weather this study will be able to keep the excitement going for the short to medium term horizon. Also, if there is a broad market selloff in the coming months, I’m almost certain that the results of this 3D IP survey will not be enough to keep some investors from selling the stock. However, if and when we do get a broader market correction, Oroco will most definitely become a good buy again.

First Majestic Silver (FR.TO)- is inflation creeping into production costs?
Could this be the fly in the ointment? In their first quarter financial results, First Majestic Silver reported a 58% jump in their all-in sustained costs from $12.23 to $19.35. Not much was made of this fact as investors seemed to be distracted by the announcement of the first ever declared dividend. But should more attention be paid to this? Energy prices might continue to climb, because the banks need them to climb. The energy sector is so deeply in debt that the powers that be need to prop up crude oil… otherwise, they risk a catastrophe in the financial system. Therefore, we need to take into consideration a scenario where crude oil climbs to $100 and beyond, all the while precious metals prices will continue to be suppressed for an extended amount of time.

Kodiak Copper (KDK.V) – there are no Kodiak bears in southern British Columbia, but there is copper!
Kodiak has begun its massive and fully funded 30,000m drilling program for 2021. Teck Resources became a partner with a 9.9% ownership of the company’s shares, and will offer all of their expertise and knowledge about mining for copper in southern British Columbia. Initial results were released on May 11, 2021, and the stock price reacted with a lot of excitement. It has now cooled off back to previous levels as we wait for further results. If there is a stock market accident this summer, the copper price and this stock will no doubt get dragged down with it. Keep this one on your watchlist for a potential bargain if that happens.

Stock picking will make a huge comeback after index investing crashes and burns in a spectacular fashion…
Who wants to spend their life on doing research when passive index investing has been outperforming most active managers in recent decades? This logic has been the best bang for the buck for quite some time now in the world of endless money printing and the Fed Put. The stock market always goes up, so don’t waste time on trying to pick stocks… just plow all your money into the index. And when you get a pull back, just buy the dip… and the Fed will do the rest. Right? Well yeah, if the market always goes up, then sure, that is the best strategy. And the least time consuming.

But does the market really always go up? When looking at the United States stock market it does actually seem like it always does go up. Especially when looking at a 20-year chart which is what most people look at. Most free financial websites have a 20-year chart set as one of their defaults. However, when you look at a 100-year chart of the US stock market, the picture there’s a lot less peachy . The first thing that jumps out is how long it took to get back to break even after the 1929 crash. However, even then, the US stock market chart looks stellar, because we’re not the ones that had to do the waiting for decades for it to recover after 1929. That was in the past, and it will never happen again, right? So, what can I tell you? I guess if we’re looking at the US market alone, even if you have to wait for a long time sometimes, historically it does actually always go up. But is that the case for all stock markets, or is the US a special case?

Let’s look at some other markets that have crashed and have never recovered to this day. This doesn’t mean however that given enough time these markets will never recover. They will probably all eventually get back to breakeven and beyond. But do you want to do the waiting?
Probably the best-known example is the Japanese Nikkei 225. This index made it’s all time high in 1989 and then declined by about 80%. Now, almost 32 years later, it is still approximately 20% below it’s all time high. The investors in the Nikkei are currently living through what Dow investors lived through after 1929.

Another example is the French CAC 40. It has peaked in the year 2000, and now, 21 years later, it is still trying really hard to get back to break even. We are all cheering as loud as we can, but this sluggish index is still a couple percentage points away from its all-time high.

What about the Shanghai Composite Index which made its all-time high in 2007? After that it lost over 70% during the Great Financial Crisis, and to this day, 14 years later, has only recovered about half of those losses.

So, this gives us a bit of a different perspective. When your local mutual fund pusher at your local bank branch shows you their Andex chart, it’s easy for them to say that stocks always go up in the long run. Although this is mostly true, it’s not so easy if you have to wait half your life to get back to breakeven after a crash.

Use this time during the everything bubble to do some proper research on individual stocks that will become a bargain during the inevitable fire sale and will outperform the stagnant market indexes that will follow for many years after that.

It is becoming increasingly difficult for the Fed to keep saying the right things to keep the market going up. The verbal gymnastics of their statements are becoming more complex. I never thought I would say this but it looks like COVID might actually save us from money printing.
You see, for decades the Fraternity Of Monetary Criminals (a.k.a. FOMC) has been using counterfeit currency to buy assets and driving up the price. But as long as it was only a small group of people, and as long as they were buying only assets, there was no official inflation.
However, the lockdowns forced the elites to give some of the money to the wider population, and voilà, we have inflation.
Like a dark knight bursting onto the scene, inflation appeared out of nowhere and delivered a first blow with a lance, knocking the Fed to the ground for a moment.
The Fed got back up quickly for now, but they now know that the next blow might knock their weapon clear out their hand.

Eventually the FOMC will have to decide what will result in greater chaos… Letting the market crash, or letting inflation get out of control.

Russia says it will remove dollar assets from its wealth fund - The move was announced at the St. Petersburg International Economic Forum on Thursday by Finance Minister Anton Siluanov. “Like the central bank, we have decided to reduce investments of the NWF in dollar assets" https://t.co/PHCbUqvy6f
View on Twitter 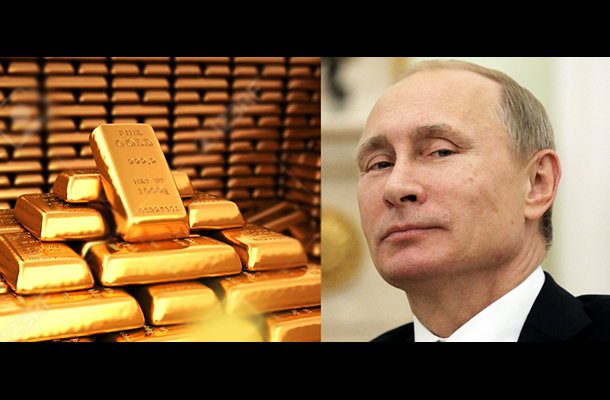 https://t.co/iRignKCYQh
#Palladium is the metal of the future! #nunavut could be the Saudi Arabia of palladium. $BMV #Bathurstmetals has a very interesting project there.
View on Twitter
1
2